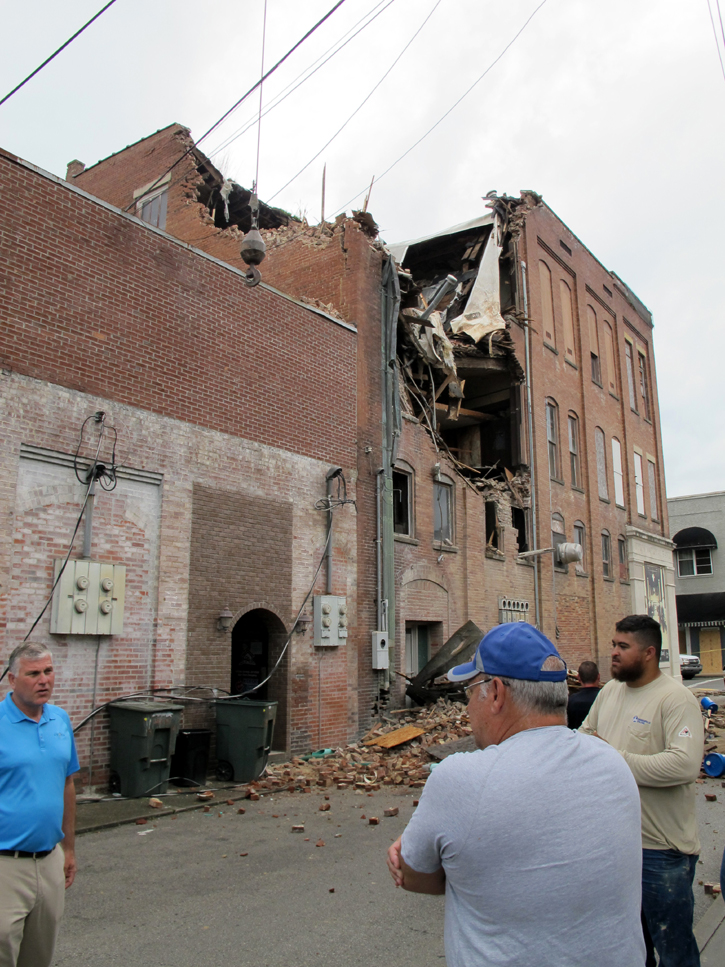 Editor's Notes: The following article was taken from WKYT-TV  about the the old Parker Building in Barbourville, whereby a wall section fell on June 7, 2021 and the building was becoming the victim to the wrecking ball. The Parker Building  was initially erected in 1909 but became the home of the Union National Bank in the early 1920's.

The  Parker Building also once contained a dentist and a library, both on the second story. A ballroom and meeting room for clubs, such as the the Moose Club, were held on the third story.

In our next Knox Countian magazine, the Knox Historical Museum staff will be featuring the demise of the Parker Building and the status of six other three-story buildings.

BARBOURVILLE, Ky. (WKYT) - For about a century, the Union National Bank building has sat at the corner of Liberty and Knox streets in downtown Barbourville. It’s that long history that officials believe caused the roof to partially cave in.

“Old age, honestly that’s what we’re thinking right now, there was a hole in the roof where it rotted out and it’s just old brick, it just finally gave way,” said Jack Partin with the Barbourville Fire Department.

Take a look at these photos from the Mountain Advocate Newspaper:

The fire department responded to find bricks littered across the road, a damaged car, and the bank building noticeably leaning.

“At that point we started blocking off the whole square as you can tell and just making sure we evacuated the other buildings that were in danger,” Partin said.

From nearby businesses, crews evacuated between 50 and 75 people in all, and their biggest concern that the building wasn’t finished falling.

“This building is unoccupied but every building around it was occupied, we’ve got the library, we’ve got law offices,” Partin said.

After cutting electricity and gas in the area and boarding up windows on surrounding businesses, officials wasted no time getting a crane through the downtown streets to start knocking down the unstable parts of the building.

The demo created a major clean up job for crews that will likely keep some roads closed through Tuesday, but they’re just grateful that no one was hurt.

The city got an emergency order to tear the building down immediately because it was a public safety hazard. There’s no word yet on the estimated cost of that demolition. 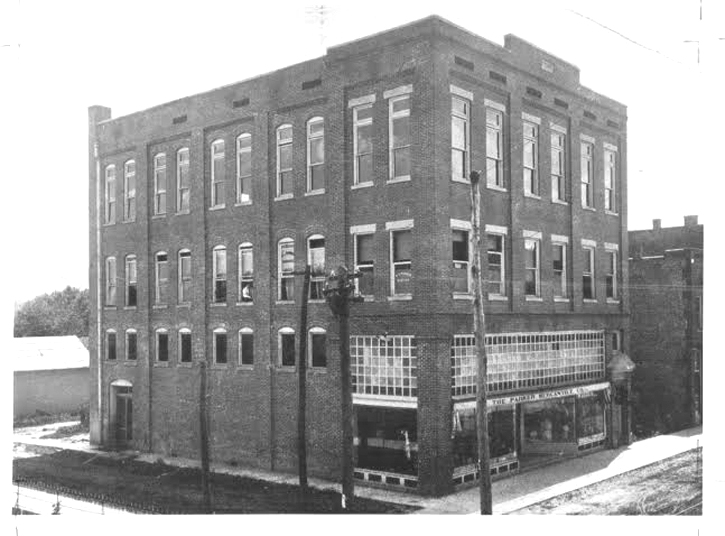 The Parker Building in its prime in Barbourville, Kentucky