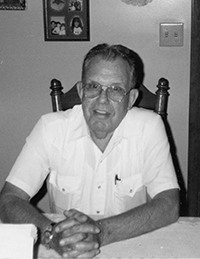 The interview also emphasized the civilian life, education and teaching shared by both King and Oxendine, each of whom attended Knox Central High School and Union College as young men and later achieved the rank of college professor.

General "Gene" King was a professor in the Department of Animal Science at Texas A&M University in College Station, Texas.  An article about Dr. King's passing on August 6, 2014 was published on the Texas A&M website and is copied below. King was 94 when he died, having been born on April 7, 1920.

Attached are links to his 1991 interview in three parts:

Listen to the interview of General Tye King - Part 1:

Listen to the interview of General Tye King - Part 2

Listen to the interview of General Tye King - Part 3

Attached is link to a transcription of the interview: 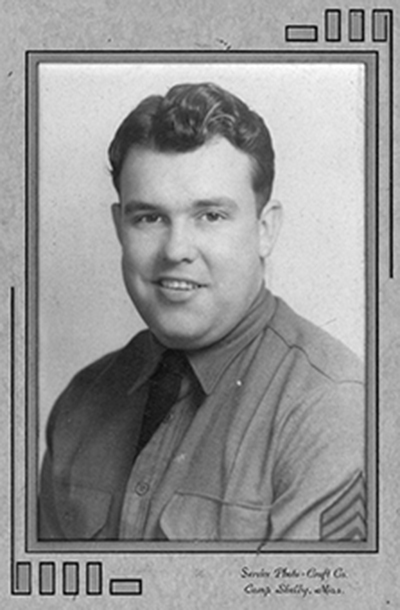 Above is photo of General Tye King during the WWII years.

Printed below is copy of article about General King originally published on the Texas A&M Website (https://animalscience.tamu.edu/2014/08/10/professor-emeritus-dr-gene-king-passes-away/): 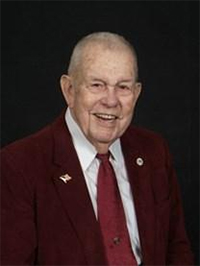 A Veteran of Foreign Wars and member of the American Legion, Gene served as a member of the National Guard and saw active duty in World War II for six years. He advanced from Private to Captain and followed Patton’s army in his great campaign across Europe to the Rhine River as an officer and company commander in charge of evacuating and caring for the wounded. Later, he evacuated casualties from Bastogne. In three and a half years, he was not aware of ever losing a patient that was in the care of his medic-evacuation unit.

A native of Kentucky, Gene and his wife, Lois Gatliff King, moved to College Station in 1953 and stayed. He was a Professor in the Department of Animal Science at Texas A&M University and also served as Associate Department Head. Over a long career in teaching and student advising, Gene coordinated countless undergraduate laboratories for thousands of Aggie students, and he supervised the preparation and training of various classes by graduate student assistants. He was respected because he truly cared about students and their career goals. Students remember him as demanding yet kind with high expectations and a trademark grin. Gene was a father figure in many respects and his work with students earned him the Association of Former Students Distinguished Achievement Award for Student Relations.

Upon his retirement in 1986, Gene was named Professor Emeritus, reflective of his professionalism and service to Texas A&M. Former students remember him for his consistency and simplicity, recalling that he lived in the same house since 1955 and drove only one pickup truck, named ‘The General’, with an American flag on the bumper.

With formal training in meat science, Gene was recognized nationally for his scholarly achievements. He authored or coauthored over 150 scientific papers related to meat and muscle physiology and was recognized by the American Meat Science Association with the Signal Service and the Fellow Awards in 1981. A year later, the American Society of Animal Science recognized him again. He spent time coaching the Meats Judging Team at Texas A&M, served for a period of time as the Meats Section Leader in the Animal Science Department, was an advisor to the Saddle & Sirloin Club and served as President of the Texas Section of Food Science and Technology.

King was a deacon at First Baptist Church of College Station for many years. He chaired numerous committees at the church and was a familiar face to Aggies on Sunday morning. His strong Christian faith was reflected in the way he treated others and in how he lived life daily.