Articles about Boone Trace written or selected by KHM staff 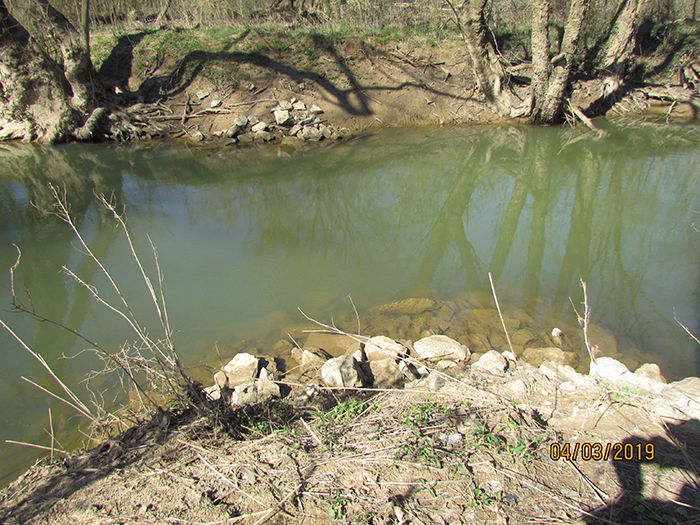 “We believe we located the original ford that the first pioneers that crossed Richland Creek used,” said the museum’s Steve Valentine.

Valentine was accompanied by fellow historians Doug Bargo of the Knox Historical Museum and Dr. John Fox, president of the organization called “Friends of Boone Trace” based in Lexington, Ky. The three men took their exploratory trip on April 3, 2019.

Valentine noted that the site identified is located only about 500 feet from U.S. 25E and 800 to 900 feet from the end of Blue Gable Straight.

“We know that Boone Trace came across what we call Blue Gable Straight and then it had to cross Richland Creek,” said Valentine, “and during our search we were just going like we were buffalo or long hunters or Boone and this is the first place we came to that the creek could be forded.

“And it’s a good thing that we tried to think that way because we found the ford and later on, just a few minutes later, found where a bridge had been built across the creek.”

Valentine said the ford that he and the other historians located contained stacks of rocks on both sides of the creek where there was a rocky bottom with a shallow water depth of 16 to 18 inches in the middle of the creek. “We believe that this was where the wagons and horses would cross the creek.”

“Even today,” he said, “you could take a horse and wagon across right there due to all the rocks being stacked on both sides and a rock bottom in the creek.”

Asked if he was confident that they had located the ford, Valentine said he believes so. 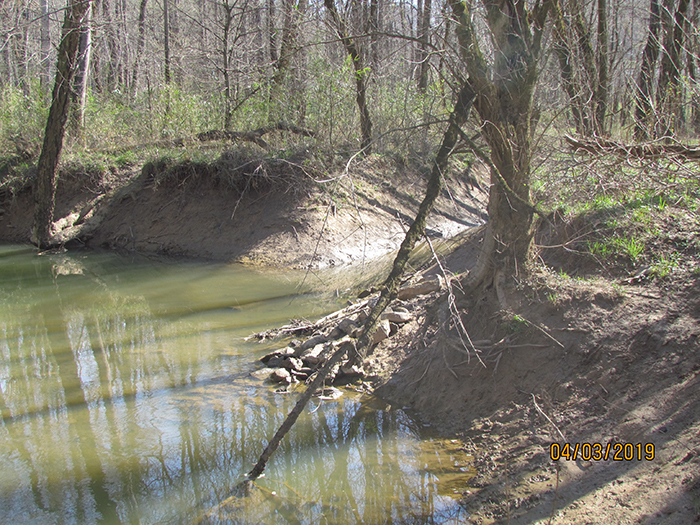 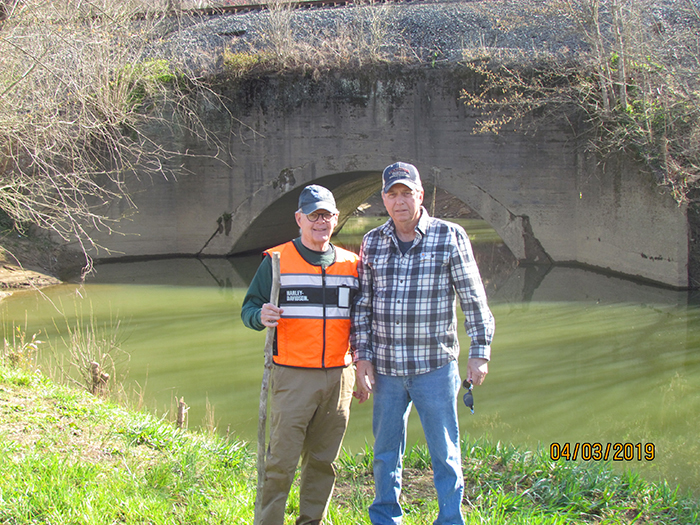 Dr. John Fox and Steve Valentine at old fishing hole on Richland Creek during their search for a ford used by Boone 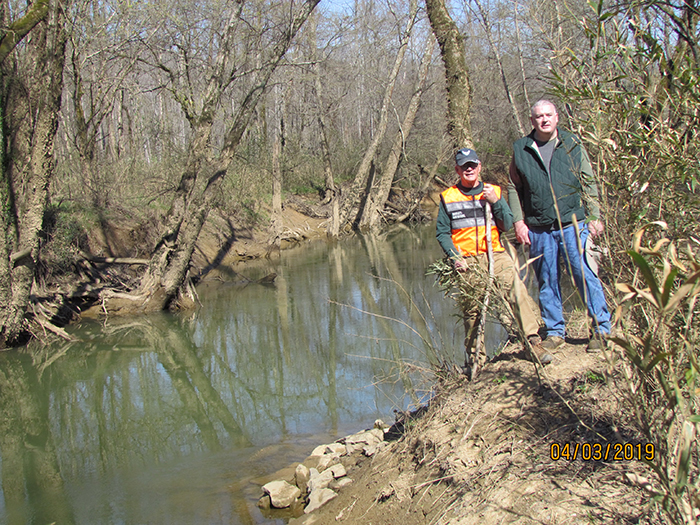