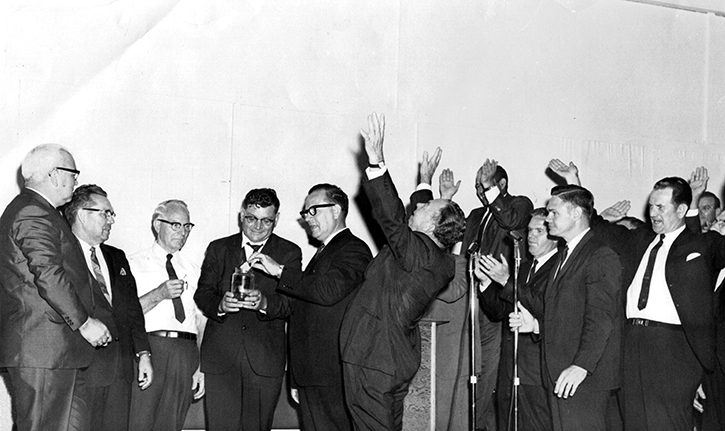 This is, hopefully, the first of many photos submitted to the Museum pertaining to the Pentecostal Children's Home of Knox County, Ky.  It appears to be a note burning ceremony. Thanks to Sudie Gray, Barbara Liford, Marie Mills and Jennifer Jackson Warren for their efforts in recognizing those pictured. An article about the Children's Home will be featured in a future issue of the Knox Countian magazine.