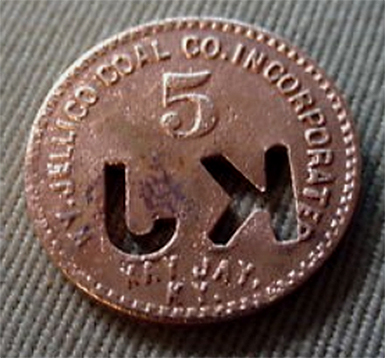 The employment records cover a time period from 1940 to 1951. The records also include a reference to the Kay Jay Local Union Number 6068.

The copied records were donated to KHM in December 2017 by Stanley Peace, whose father, the late George Peace Jr., worked for the mining company.

Below is a table that features a selection of key information from the copied records now housed at the KHM. This selection includes the employee's name, the hire date, the nearest relative (which generally is the name of the employee's spouse) and the last employer.