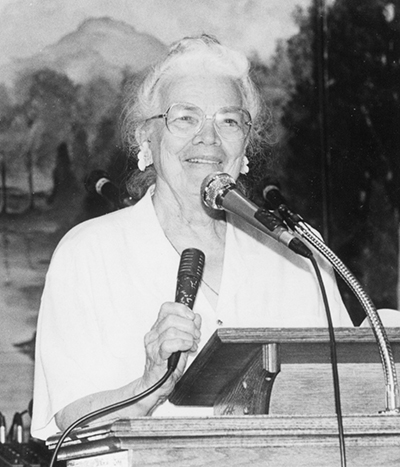 Susan Arthur, president and one of the leading founders of the Knox Historical Museum, passed away November 15, 2005 but is not forgotten.

Shortly after her passing, the GFWC/KFWC Barbourville Junior Woman's Club created an annual award in Ms. Arthur's honor in recognition of her many efforts in the preservation of Knox County history.

The Susan Arthur Historical Preservation Award was presented for the first time on October 2, 2006 during the Daniel Boone Festival and has been presented every year since.

A complete listing of winners, with links to articles about them, follows.

Read the tribute to Susan Arthur, which appeared in The Knox Countian magazine.