Said Ms. Jackson, "The Cannon Depot was located in the Cannon community in front of the Cannon Post Office. It was a small building which was open on one side next to the C&M [Cumberland and Manchester] Railroad. There were benches around the side of the building where people sat as they waited on the train.

"The mail carrier also collected the mail sacks which were thrown off the train as it traveled to Manchester, Kentucky. The depot stood until the 1930's when it became so dilapidated it had to be torn down." 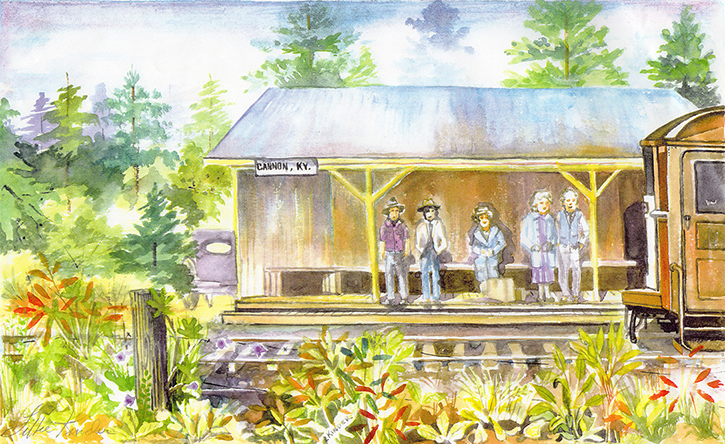