Much of the 40-page double issue celebrates an outstanding year in athletics at Knox Central High School by placing in historical perspective the school’s regional championship and trip to the state tournament in the current issue of its magazine, “The Knox Countian.” This double issue features photos and stories about the five KCHS basketball teams that won regional championship games from 1937 to this year’s game at Rupp Arena.

Also explored are the early years of the county high school system, illustrated by photos from the museum’s archives.  The conclusion of former Advocate columnist W.S. Hudson’s series, “The Barbourville Story,” in the same issue offers a description of the town in the early 1950s.

The special double issue - Vol. 26, Nos. 2-3 -  of the Knox Historical Museum's quarterly magazine, The Knox Countian, is now available for purchase at the Museum in Barbourville or via the online Museum Store. The cost for the double issue magazine at the museum is $6, while the cost via the website is $6 plus 6 percent sales tax and a $1.25 shipping fee. 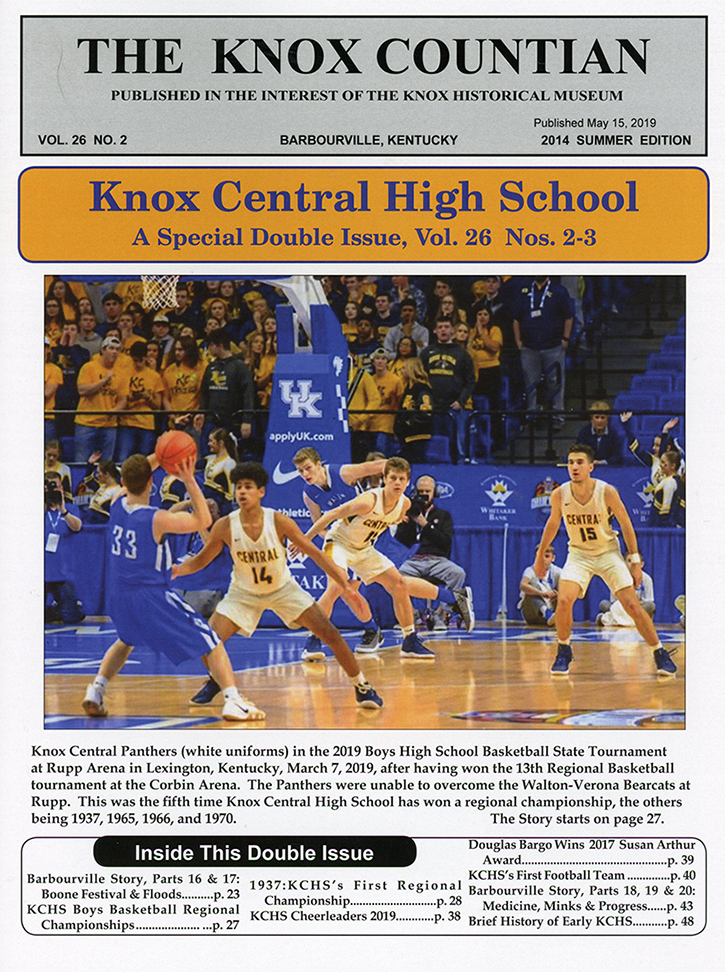