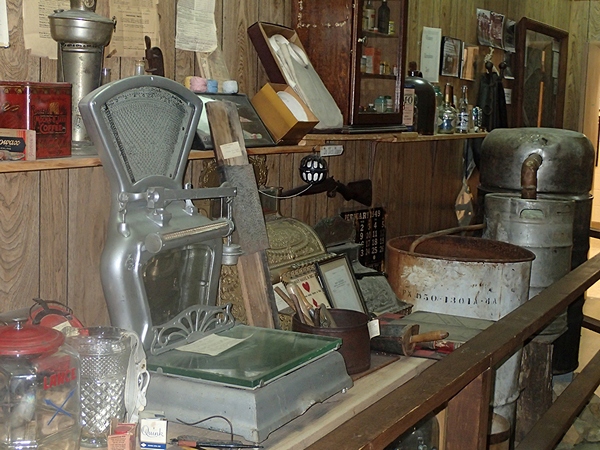 Items of interest include a quilt made from feed sacks, large 1977 flood photo of Barbourville, and Ben Messer's Country Store, which reminds us of what was for sale in the early 20th century.