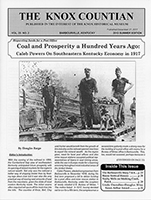 The new issue of the Museum's quarterly magazine, The Knox Countian, features coal and prosperity in 1917 as promoted by U.S. Congressman Caleb Powers in his proposed bill to obtain funding for a post office and mine rescue station in Barbourville, Kentucky.

The issue was published in late December 2017. 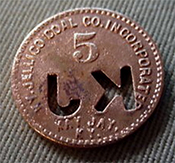 The employment records cover a time period from 1940 to 1951. The records also include a reference to the Kay Jay Local Union Number 6068.