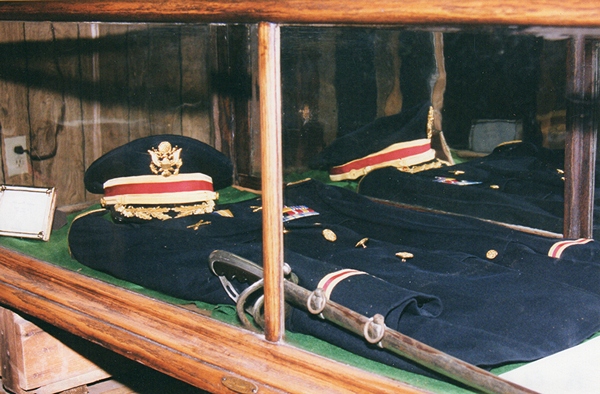 The Military Room is dedicated to Knox Countians who served their country in times of war. Although items from World War II are most numerous, visitors enjoy objects from the Mexican War, the Civil War, the Spanish-American War, World War I, Korean War, and Iraqi War.

Unusual items include Civil War bullets, cannon ball and bayonet, all of which were dug up in Barbourville, and Colonel Ben Herndon's items, including an oil portrait of him and his wife Daisy, a nurse, painted by German prisoner of World War II.

Among other items is the dress sword belonging to Col. S.B. Dishman, said to be worn during the surrender of the Japanese during WWII.