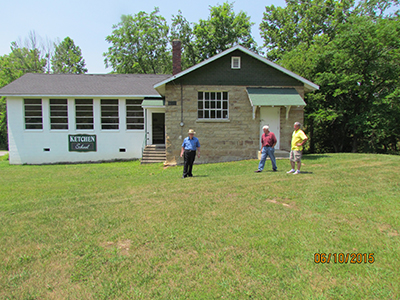 The reconstruction was carried out by Larry McKeehan and his father, Junior McKeehan, who gave a tour to the Museum's Mike Mills, Steve Valentine, and Charles Mitchell.

Ketchen School is located on KY 1809 at Bennett Park, which is across from Little Poplar Creek Baptist Church.

The main portion of the school is made of locally hewed rocks from the same location. It was constructed in 1936 by the WPA (Works Progress Administration), then replacing a wooden school building that was nearby. 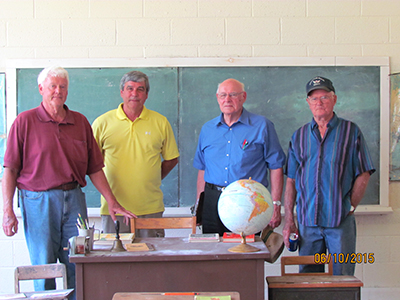 Nancy Hopper Goodin's memory of the school was slightly different. She said, "The two room school housed graded 1-4 in the old building and grade 5-8 in the newer building. The last teachers that taught there were A.J. Senters and Herman Hopper (my father). They taught there until G.R. Hampton was opened."

Ketchen School reportedly was closed in 1969-70 when G.R. Hampton Elementary School was opened.

Junior McKeehan recalled that H.C. Miracle paid him 5 cents to light the stove every morning. He also recalled that every year or so the students would oil the school's floor.

Currently the old one-room portion of Ketchen School, with its pot-bellied stove, is used for local picnics and gatherings. The new section of the school is used as a school museum.

Ketchen Cemetery is the source of the school's name after the family that settled there. 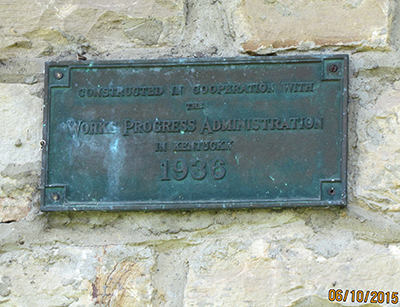 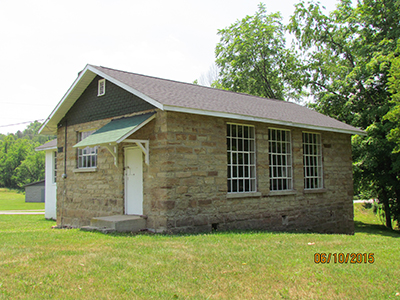 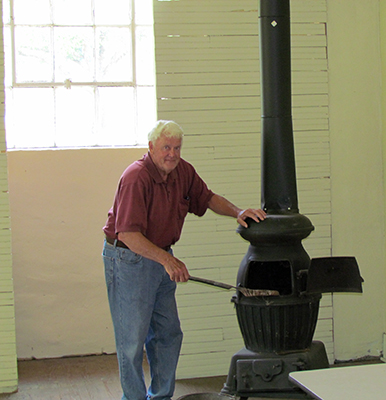